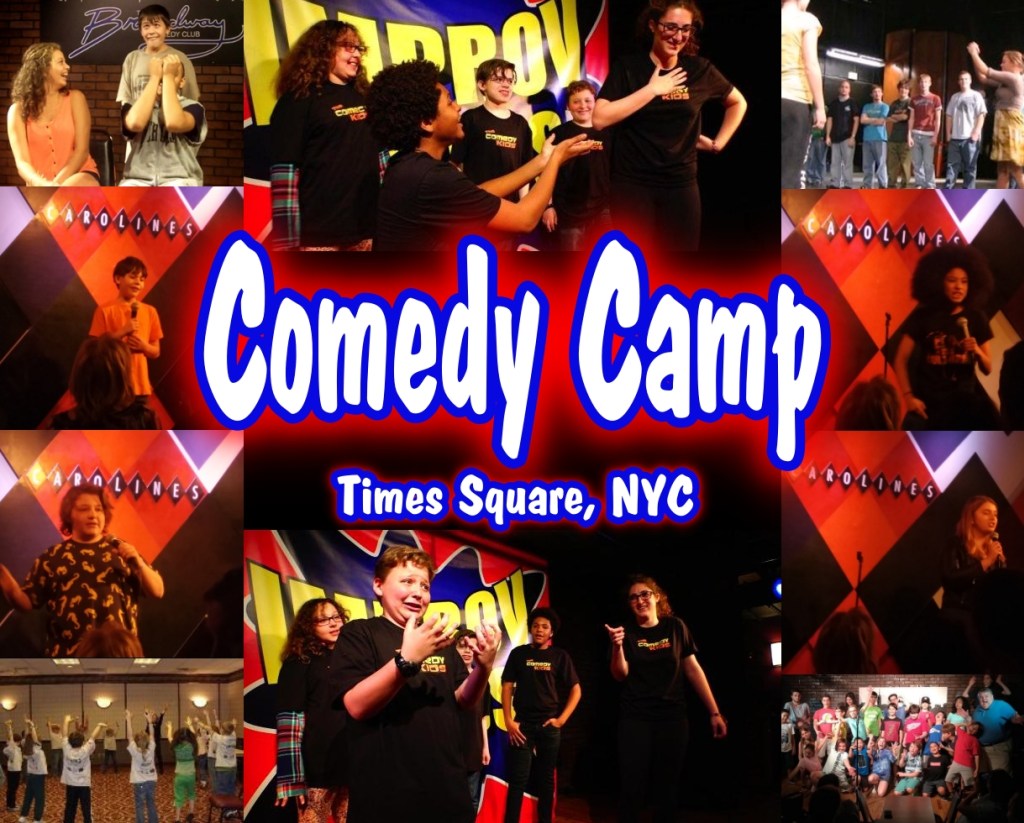 This week, NYC schools let their students and staff out for an extended President’s Day weekend. Many New York kids and teens will be keeping busy at Comedy Camp in Times Square, discovering the worlds of both Improv and Stand-Up Comedy, while developing invaluable life skills (self confidence, public speaking, creative writing, and team dynamic). Campers ages 7-17 can join in the fun for a day or the full week, Monday thru Friday (February 17 – 21) at the Broadway Comedy Club NYC. For more information and registration go to www.comedycampnyc.com.

Since 2011, the cast of EIGHT IS NEVER ENOUGH Improv (AKA Improv 4 Kids)  has offered classes. In 2014 they added one week of Summer Camp. Last year over fifty campers, ages 7-17, participated in eight weeks of camp.

This will be the first year 8-Improv will be offering a full week of day camp during the winter break. Parents can drop off as early as 8:45 at no extra charge. 9:30 am daily starts with warm ups and Improv comedy class. During an extended lunch break, students craft personal stories of experience and observation into original stand up comedy routines in an open mic style session. Registration ($125/day, $450/week) includes daily lunch and snacks. 1pm offers the afternoon Improv performance masterclass.

3pm Monday the campers watch a professional show by the cast of EIGHT IS NEVER ENOUGH. Other days the teenterns (Comedy Camp CITs) run bonding games.

Camp dismisses at 4pm but working parents can pick up as late as 5:15

For those signed up for entire week, 2pm Friday offers a chance to showcase both Improv and Stand-Up Comedy for invited audience of friends and family.

Comedy Camp will be offered Spring Break, April 13-17, 2020 and nine weeks during summer months starting June 29, 2020. Sign up for one, two or multiple weeks of camp (discount offered for multiple weeks, siblings etc).