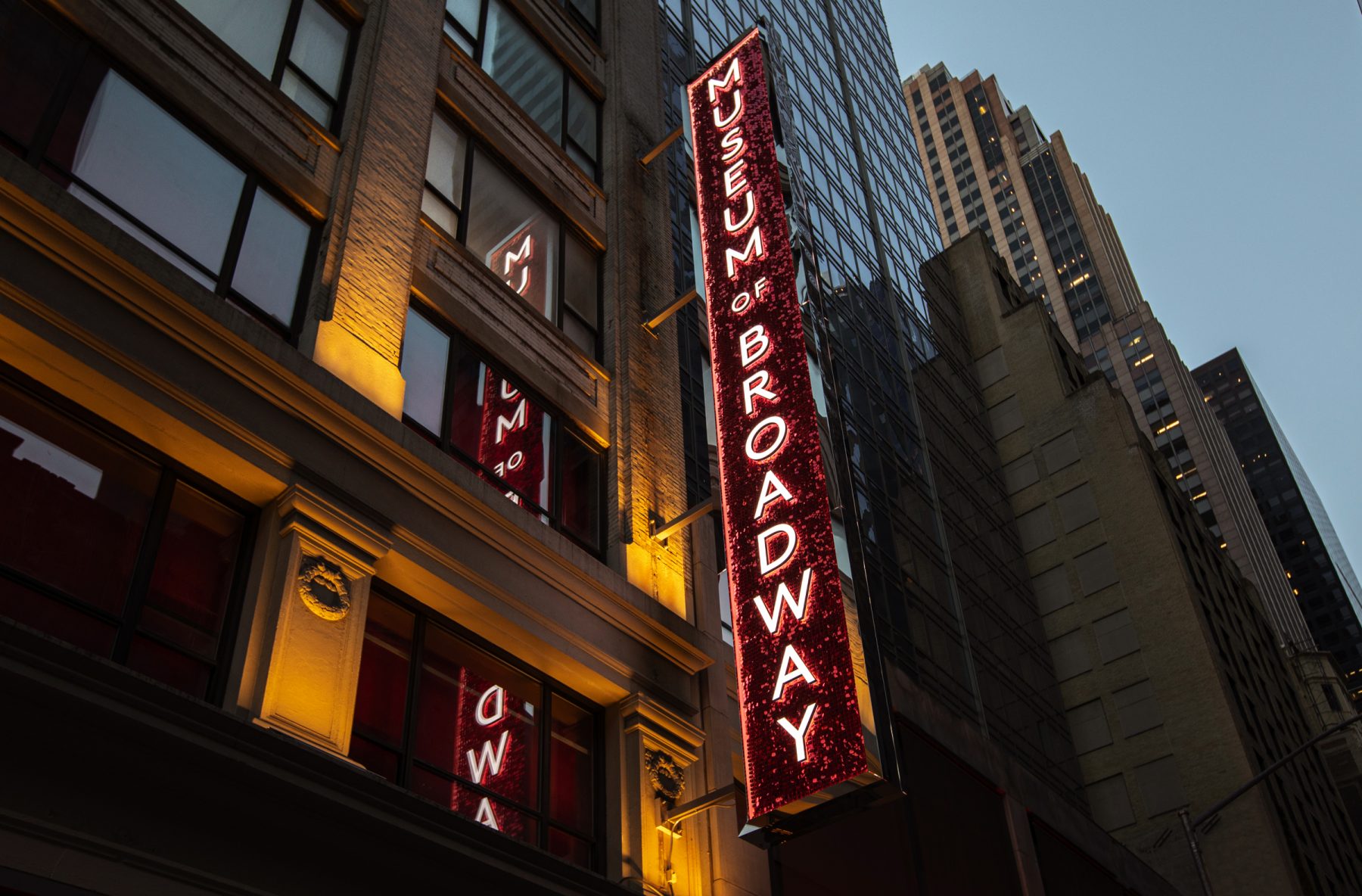 21 Nov The Museum of Broadway is Now Open

The Museum of Broadway is founded by entrepreneur and two-time Tony Award-winning producer, Julie Boardman, and founder of award-winning experiential agency Rubik Marketing, Diane Nicoletti. This one-of-a-kind Museum is an immersive and interactive theatrical experience devoted to musicals, plays, and the people who create them. Featuring the work of dozens of designers, artists, and theatre historians, this one-of-a-kind Museum takes visitors on a journey along the timeline of Broadway, from its birth to present day, where the past, present, and future of Broadway come together like never before!

Guests travel through a visual history of Broadway, highlighting groundbreaking moments through a series of exhibits that showcase – and show off – spectacular costumes, props, renderings, rare photos, videos, and more. Along the way, guests learn more about some of the pivotal shows that transformed the landscape of Broadway – the moments that pushed creative boundaries, challenged social norms, and paved the way for those who would follow. Some of the exhibits and immersive experiences feature The Phantom of The Opera, The Lion King, HAIR, The Ziegfeld Follies, Show Boat, Oklahoma!, The Wiz,and Rent, among many more. Overall, the Museum highlights more than 500 individual productions from the 1700s through the present.

The Museum also celebrates the behind-the-scenes of this dazzling American art form with “The Making of a Broadway Show” exhibit, which honors the community of brilliantly talented professionals – both onstage and off – who bring Broadway plays and musicals to life every night.

The Museum will also feature a selection of special exhibits, the first of which being The American Theatre as seen by Hirschfeld, curated by David Leopold, Creative Director of The Al Hirschfeld Foundation. This new exhibition, created exclusively for the Museum of Broadway, takes visitors through nine decades of Hirschfeld’s iconic images of theater in this country through twenty-five drawings and prints from 1928 to 2002. Visitors will be brought face to face with the original productions of Fiddler on the Roof, The Phantom of the Opera, The King and I, Sunday in the Park with George, Funny Girl, Ragtime, Beauty and the Beast, and Hairspray, among others.

Visitors will also be able to sit in a replica of Hirschfeld’s barber chair, where he drew all the finished drawings in his career, as well as view a selection of sketchbooks that he used to record his initial impressions of shows in out-of-town tryouts and previews. Portraits of Meryl Streep, Julie Andrews, Stephen Sondheim, Liza Minnelli and John Leguizamo, many of them signed by their subjects, will also be on display, and visitors will have the chance to create a Hirschfeld portrait of themselves with a new app created exclusively for this exhibition. There will also be Hirschfeld coloring pages available to make the exhibition fun for visitors of all ages.

Tickets for The Museum of Broadway can be purchased at https://www.themuseumofbroadway.com/tickets. These timed tickets start at $39, and a portion of every ticket sold will be donated to Broadway Cares/Equity Fights AIDS.

For more information on The Museum of Broadway please visit: https://www.themuseumofbroadway.com and follow @museumofbroadway on all social channels.