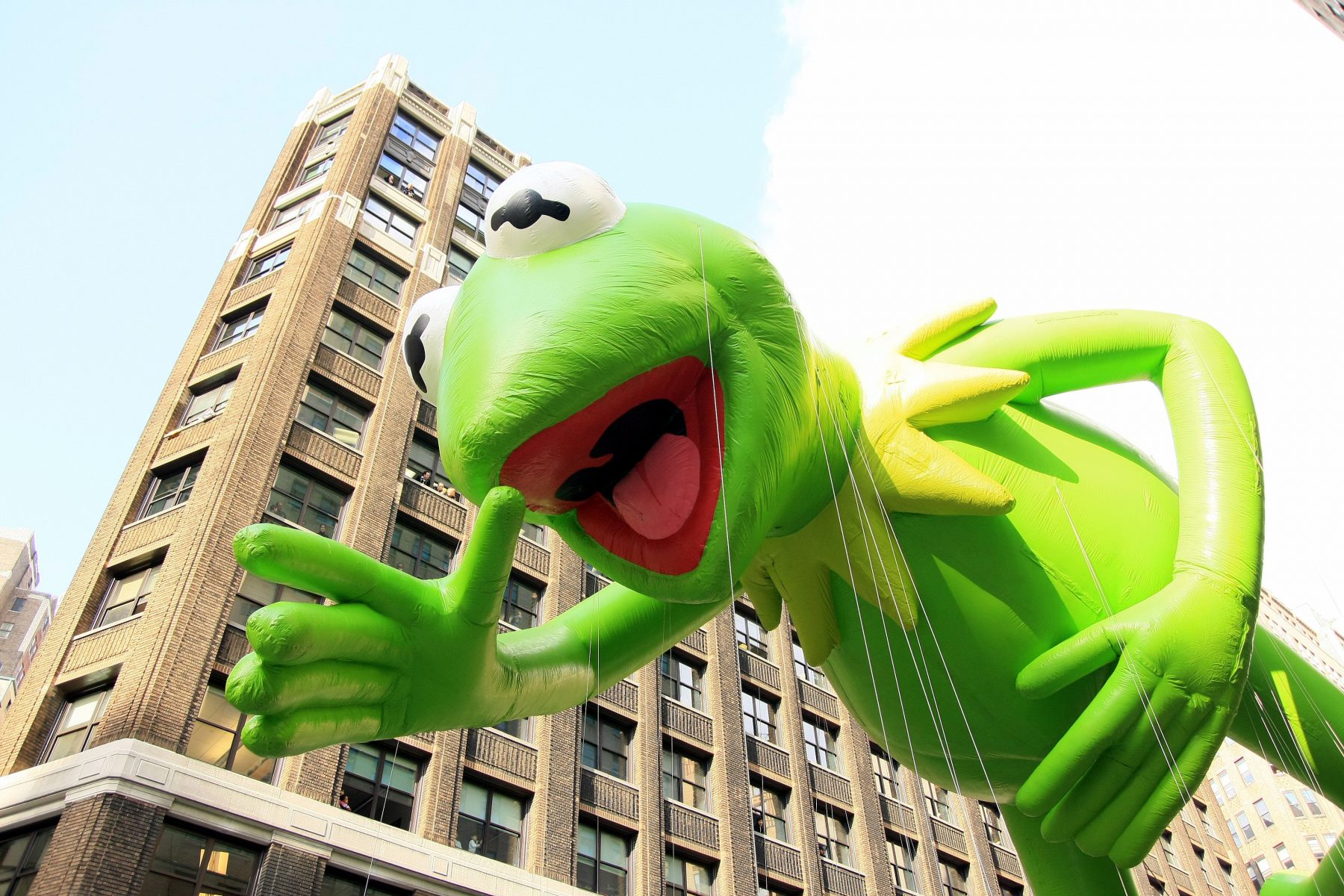 The Macy’s Thanksgiving Day Parade®, the nation’s most beloved holiday event returns to usher in the start of the holiday season at the sound of 5, 4, 3, 2, 1…Let’s Have A Parade™! On Thursday, November 24 at 9:00 AM, the 96th edition of Macy’s iconic spectacle will bring the nation together in celebration with a dazzling lineup featuring giant character helium balloons, fantastic floats, show-stopping marching bands, high-spirited performance groups, whimsical clowns, music stars and the one-and-only Santa Claus.

“This November, as we once again set the stage for the start of the holiday season, we are thrilled to showcase another spectacle full of magic and wonder that will help create everlasting memories with loved ones during this special time of year.”

The magic comes together with Macy’s signature ingredients. This year’s 96th Macy’s Parade will feature more than 5,000 volunteers, 16 giant character balloons, 28 floats, 40 novelty and heritage inflatables, more than 700 clowns, 12 marching bands and 10 performance groups, a host of musical stars, and the one and-only Santa Claus.

Ballooning Icons
Conceived during the Parade’s infancy, the giant character balloons have become a signature of the annual celebration. Since 1927, the world’s most popular characters have been transformed into high-flying art in the sky. Originally inspired by marionettes, the Parade’s balloons first debuted as upside down puppets filled with air which were carried down the Parade route on sticks. The design later evolved to include helium, making them high-flying giants. Over time Macy’s artists innovated creating several types of inflatables including balloonheads (inflated heads sitting atop of a costumed participant), balloonicles (hybrid inflatables with vehicles inside) and most recently, trycaloons (tandem tricycles with an inflated balloon character).

New giants joining the line-up this year include Bluey by BBC Studios; Diary of A Wimpy Kid® by Abrams Books; DINO and Baby DINO by Sinclair Oil; and Stuart the Minion from Illumination.

Making return appearances to the skies above New York City are giant balloon favorites including Ada Twist, Scientist by Netflix; Astronaut Snoopy by PEANUTS Worldwide; The Boss Baby from DreamWorks Animation; Goku by Toei Animation; a Funko Pop!-inspired Grogu™ by Funko and in partnership with Lucasfilm; Chase from PAW Patrol® by Nickelodeon; Pillsbury Doughboy™ by Pillsbury™; Red Titan from “Ryan’s World” by Sunlight Entertainment and pocket.watch; Ronald McDonald® by McDonald’s® USA; Papa Smurf from The Smurfs™ by Nickelodeon; Pikachu™ & Eevee™ by The Pokémon Company International; and SpongeBob SquarePants & Gary by Nickelodeon.

Floating Fantasy
The Parade’s signature floats transport spectators to magical worlds. These creations take a theme to new heights bringing magic to the streets of New York City and into homes nationwide. Conceived and crafted by the incredible artisans of Macy’s Parade Studio – a design and production facility that includes carpenters, engineers, electricians, painters, animators, balloon technicians, sculptors, metal fabricators, scenic and costume designers – this year’s line-up of floats showcase the animated theatricality that the Macy’s Parade has become world-famous for.

This year five new floats will debut in the Turkey Day celebration. The floating wonders along with their scheduled performers include Baby Shark by Pinkfong and Nickelodeon (Ziggy Marley); Geoffrey’s Dazzling Dance Party by Toys“R”Us (Jordin Sparks); People of First Light by Macy’s; Supersized Slumber by Netflix (Ballet Hispánico); and The Wondership by Wonder (Cam).

Performance Spotlight
Taking entertainment to the next level will be the Parade’s beloved performance groups who bring joy to the masses. This year’s lineup will feature performances from the dazzling dancers of Ballet Hispánico, the hilarious Big Apple Circus, the rhythmic movement of Boss Kids, the artistry of the Fusion Winter Guard, two-steps and high kicks from the Kilgore Rangerettes, the puppeteering skills of Phantom Limb, the iconic stepping of The Sigma Gamma Rho Centennial Steppers, the energetic moves of the St. John’s Dance Team, and the exuberance of Spirit of America Cheer and Spirit of America Dance Stars.

See the Magic Live
For spectators wishing to enjoy the live spectacle in New York City, the 96th Macy’s Thanksgiving Day Parade kicks off from its traditional starting line at 77th Street and Central Park West. From there the procession will march down its signature 2.5-mile route taking it from Central Park West to Columbus Circle, turning onto Central Park South and then marching down 6th Avenue/Avenue of the Americas. At34th Street, the Parade will make its final turn west and end at 7th Avenue in front of Macy’s Herald Square.

Public viewing will be set up along designated portions of the route and managed by the NYPD. Spectators should avoid bringing large bags, umbrellas, backpacks, and strollers. The public entering viewing streets may be subject to security search. For additional viewing information, please visit macys.com/parade.

A Nationwide Spectacle
For decades, the Macy’s Thanksgiving Day Parade has been one of the nation’s most anticipated and watched holiday celebrations. Viewers nationwide can catch all the action via a special presentation on NBC and streaming on Peacock, from 9:00 A.M. to 12:00 P.M., in all time zones. The TODAY Show’s Savannah Guthrie, Hoda Kotb and Al Roker will be back to host the Emmy®-Award winning celebration.

In order to create a more inclusive experience for blind and visually impaired viewers, NBC Universal is proud to present the full NBC broadcast with live audio description on the Secondary Audio Program channel (SAP), provided by Descriptive Video Works. The broadcast will be available with additional audio narration, describing the rich visuals of the Parade.

The pomp and pageantry marching down the streets of New York City is only a portion of the day’s entertainment. Broadway’s best shows will also perform for the national broadcast audience. The show will kick off with a spectacular opening number from Lea Michele and the cast of Broadway’s Funny Girl. With additional Broadway performances from showstoppers A Beautiful Noise, Some Like It Hot, and in celebration of its 25th anniversary Disney’s The Lion King. Rounding out the theatrics will be the iconic Radio City Rockettes®.

And the treats keep coming when the stars of Fraggle Rock: Back to the Rock on Apple TV+, appear throughout the broadcast. Join Uncle “Travelling” Matt as he goes on an epic journey away from Fraggle Rock friends and family to learn the meaning of the “Macy’s Thanksgiving Day” holiday and the impossible to answer question: “What is a parade?”