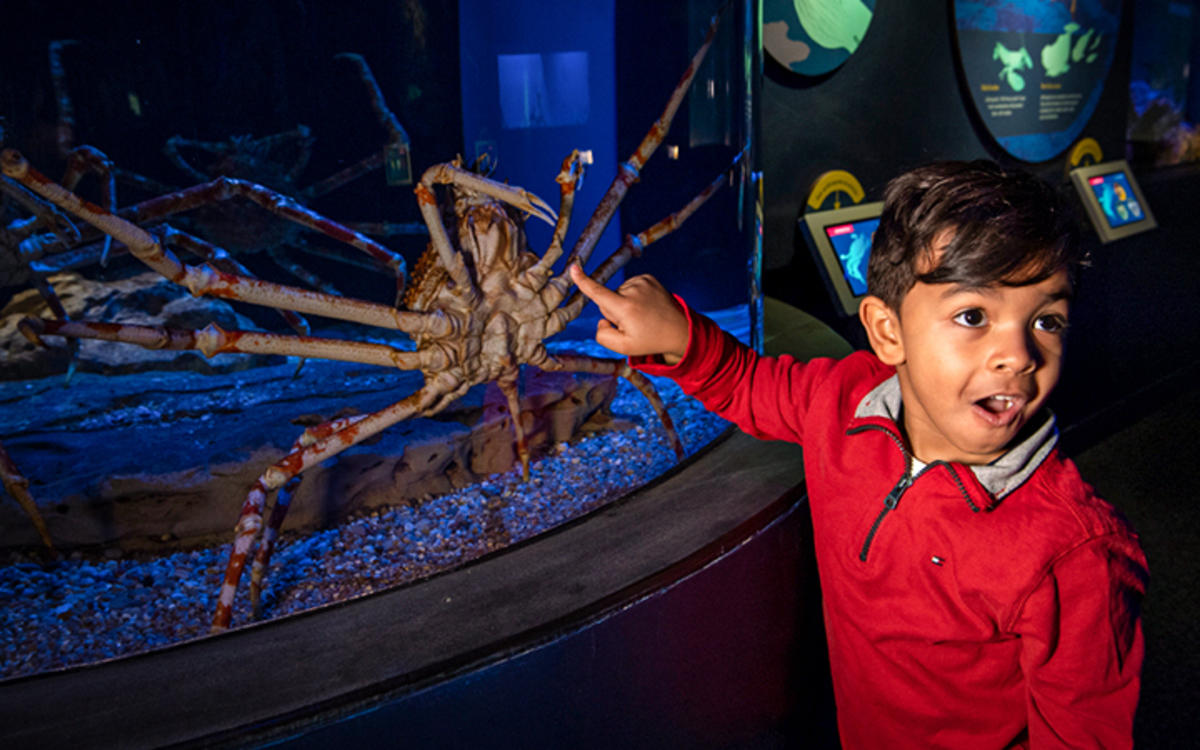 Prepare to be amazed by the bizarre but breathtaking animals in Spineless. Pop your head under the giant Pacific octopus for a new point of view, or marvel at moon jellies that light up the exhibit. You’ll walk away knowing that zombie worms aren’t science fiction and which invertebrates are known for their stinging cells.

Weird and wonderful invertebrates may lack backbones, but they’re the backbone of our ocean. See them up-close and learn why.