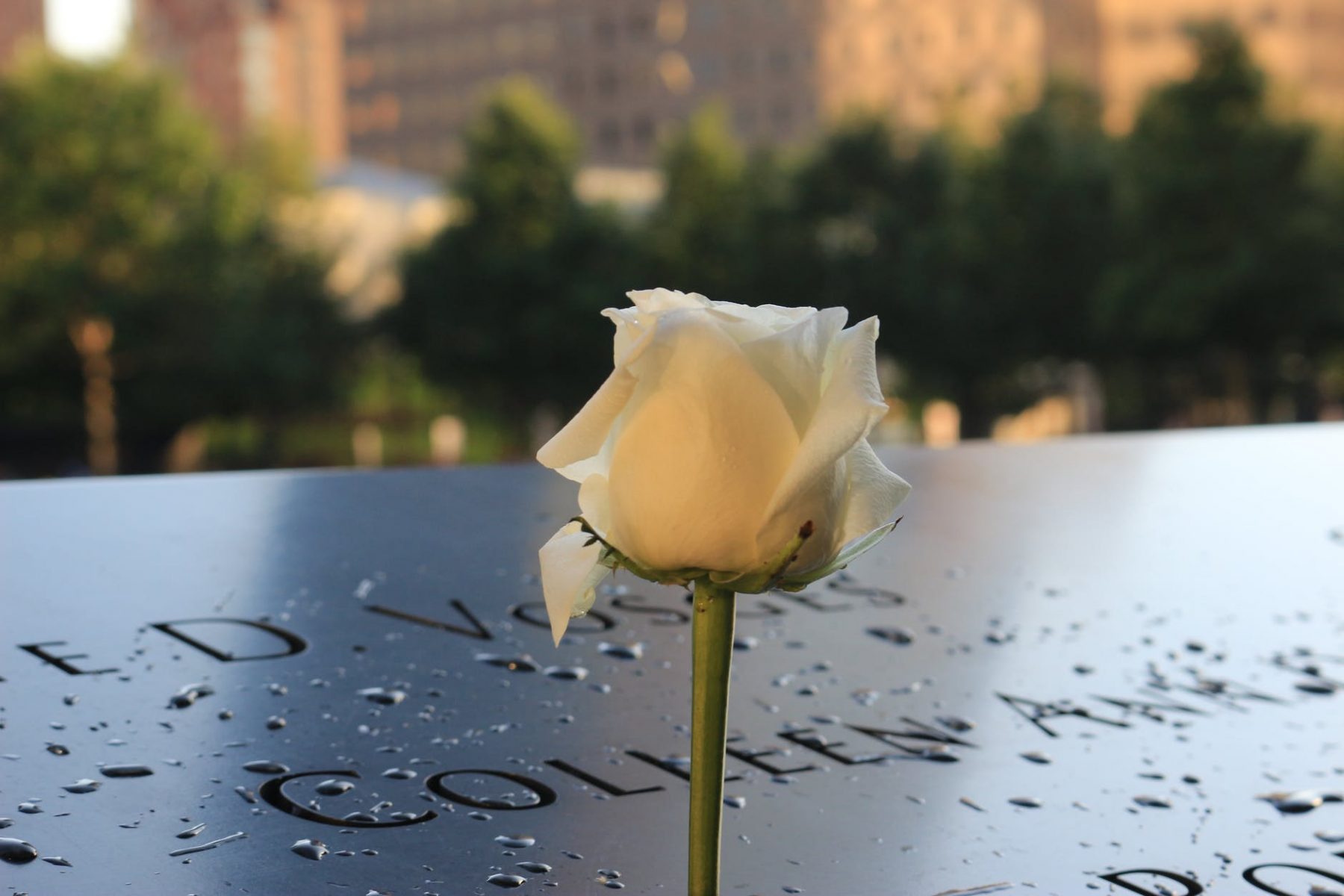 How can it feel like a blink of an eye and a lifetime ago at the same time since the attacks on September 11 – the day that changed us forever. This weekend marks the 20th anniversary, and here are some ways to memorialize the day, and remember those who lost their lives. 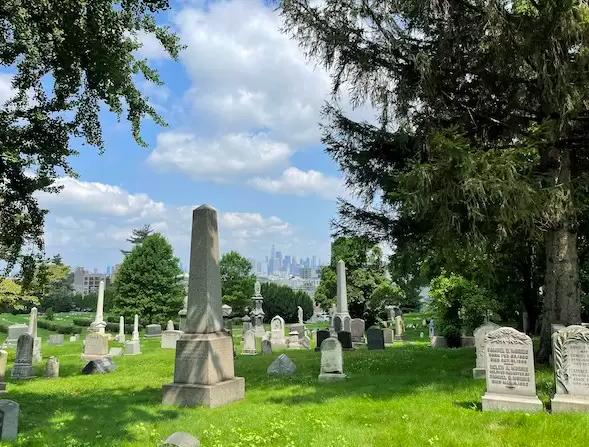 Music is a powerful source of comfort. In emotionally fraught times, it can bring us calm and peace, if only for a few moments. On the 20th anniversary of 9/11, join us atop Green-Wood’s Battle Hill, with its sweeping views of Lower Manhattan, to remember the lives lost and those forever changed by this tragic day. The afternoon will feature original compositions by the Mississippi-born and NYC-based composer Buck McDaniel and performances by saxophonist Noa Even and the Desdemona Ensemble.

Reservations are strongly recommended. We recommend a $10 donation per reservatio. Each performance is 45 minutes in length, and will repeat every hour (12:00pm, 1:00pm, and 2:00pm). Battle Hill is a ten-minute walk from the Cemetery’s Main Entrance at 25th Street and Fifth Avenue, over hilly and uneven terrain (follow the signs to the performance site). Comfortable footwear is recommended. 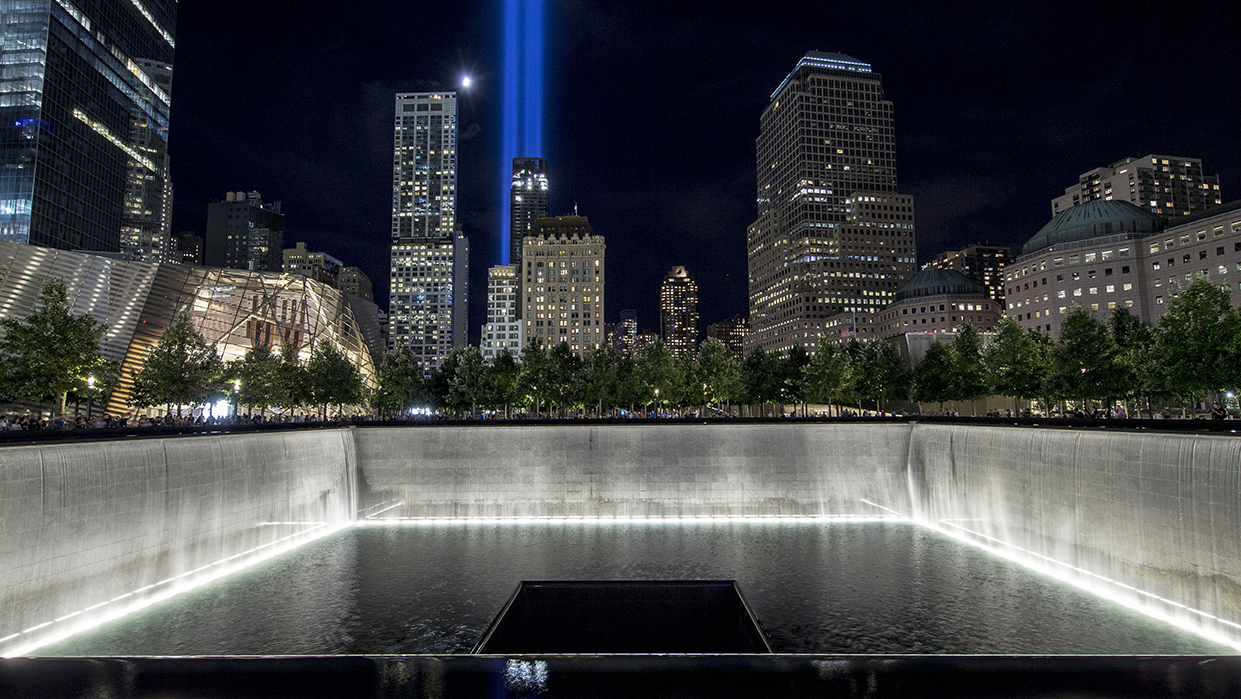 20th Anniversary Commemoration
The heart of the mission of the National September 11 Memorial & Museum remains the annual commemoration ceremony. Family members of 9/11 victims will gather on the Memorial plaza to read aloud the names of those killed in the 9/11 attacks and in the 1993 World Trade Center bombing.

The National September 11 Memorial & Museum will soon lead the nation, and the world, as we mark the passage of two decades since the day that changed our lives forever.

The focus of our commemoration will be the reading of the names by family members in-person. Throughout the ceremony, we will observe six moments of silence, acknowledging when each of the World Trade Center towers was struck and fell and the times corresponding to the attack on the Pentagon and the crash of Flight 93.

Our program will commence at 8:30 a.m., and the first moment of silence will be observed at 8:46 a.m. We will encourage houses of worship to toll their bells at that time. The ceremony will be exclusively for 9/11 family members. Access to the Memorial will begin at 7:00 a.m. on the anniversary, and the commemoration is expected to conclude at approximately 1:00 p.m.

At sundown, the annual “Tribute in Light” will once again illuminate the sky in commemoration of the anniversary of the attacks.

Tribute in Light
Tribute in Light is a commemorative public art installation first presented six months after 9/11 and then every year thereafter, from dusk to dawn, on the night of September 11. It has become an iconic symbol that both honors those killed and celebrates the unbreakable spirit of New York. 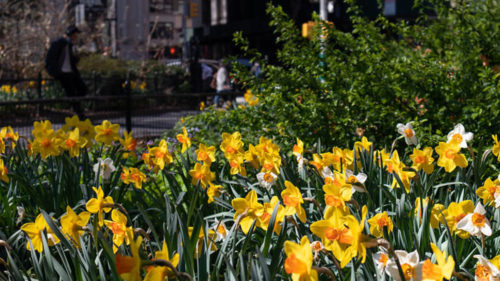 New Yorkers For Parks have been planting daffodils around NYC every year for the last 20 years. The massive volunteer effort, which involves up to 400,000 New Yorkers, began after the 9/11 attacks when Hans van Waardenburg, a Dutch bulb supplier, gifted a million flowers to the city to honor those who died. Since then, over eight million daffodil bulbs have been distributed for free, planted by volunteers every fall and blooming in the spring.

This year, on the 20th anniversary of 9/11, the Daffodil Project will double the number of bulbs planted around the five boroughs for a total of one million bulbs planted in the city. The project’s increased size this year is meant to also honor those lost in the coronavirus pandemic. 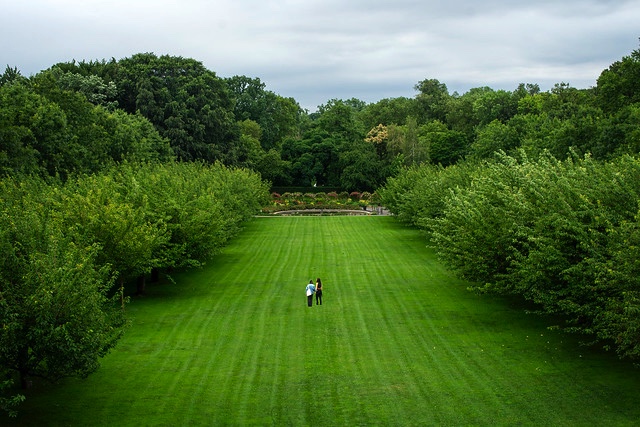 The Garden has two collections in remembrance of September 11. The Tree Peony Collection that blooms in the spring was presented to the Garden in 2002 by the Japanese town of Yatsuka-Cho in Shimane Prefecture to “bring peace of mind to the people of the United States.” Along the eastern and western edges of Cherry Esplanade are allées of scarlet oak trees, the Liberty Oaks, planted in remembrance of the events of that day and those who lost their lives. 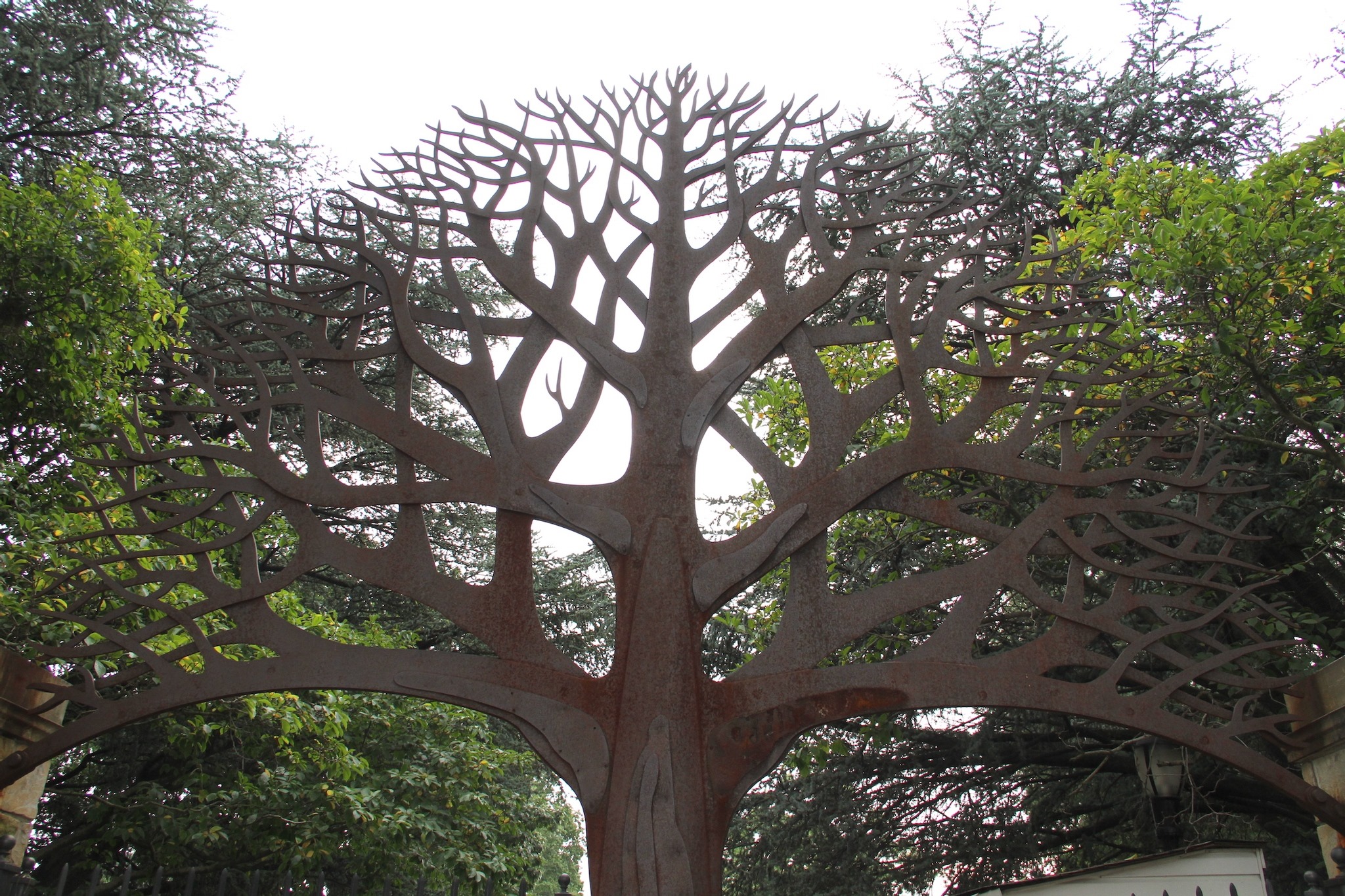 This Saturday, September 11, 8am-12pm, Queens Botanical Garden is offering free admission, in remembrance of 9/11. We welcome all to come and enjoy the Garden as a place of solace and reflection. As we approach the twentieth anniversary of the horrific attacks, our thoughts are with the loved ones of victims and the survivors. 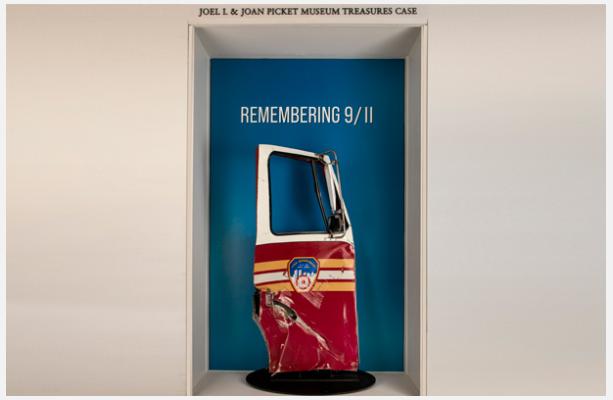 On the morning of September 11, 2001, just fifteen minutes after hearing the alarm, the FDNY’s elite Rescue Company 2—Lieutenant Peter Martin and firefighters William Lake, Daniel Libretti, John Napolitano, Lincoln Quappe, Kevin O’Rourke, and Edward Rall—arrived at the unfolding World Trade Center tragedy. All seven were killed when the building collapsed. In all, 2,977 lives were lost that day and hundreds have died from illnesses related to the attack’s aftermath.

Immediately following the attacks, the New-York Historical Society launched its History Responds collecting initiative. New-York Historical curators took the lead in documenting the history that was all around them, from the World Trade Center disaster site to makeshift memorials and shrines, and the responses of schools, places of worship, and businesses.

A truck door and other parts of the Rescue Company 2 “rig” were salvaged at the Fresh Kills Landfill in Staten Island. Additional objects related to September 11 are on display in Objects Tell Stories on the 4th Floor.

History Responds continues to record important events and crises for future generations. Our most recent collecting efforts have focused on the COVID-19 Pandemic and Black Lives Matter protests.