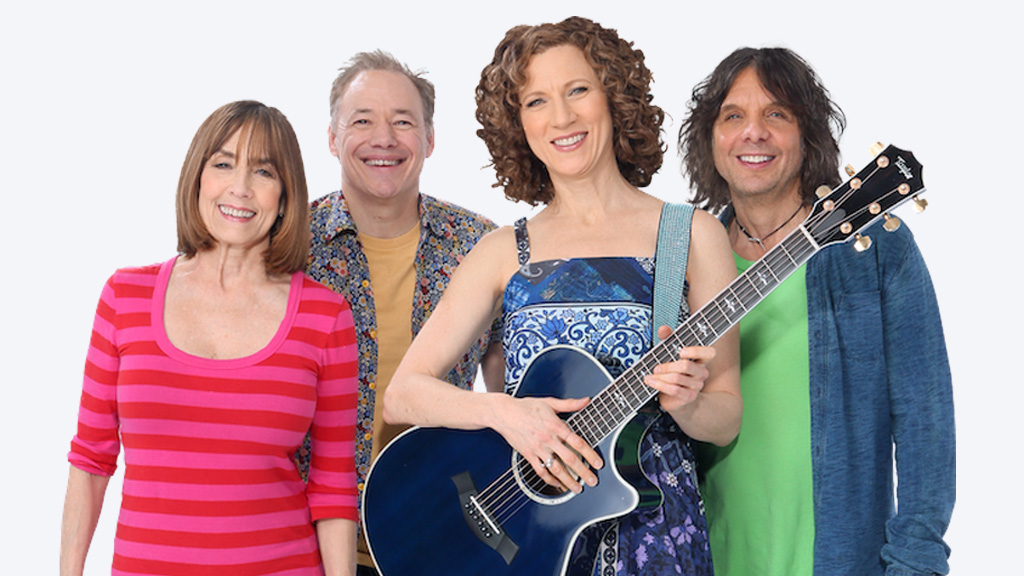 “The queen of kids’ music” – People
“The Adele of the preschool crowd” – The New York Times
“Laurie Berkner does what Fred Rogers did: respect, validate, and reassure young children.” – Los Angeles Times

Legendary children’s musician Laurie Berkner has hurdled pandemic-related obstacles to bring her 14th album, Let’s Go! to children and families. Set for release on March 5, 2021, Let’s Go! showers Laurie’s ever-growing list of fans with an inspiring array of original, interactive songs in her signature style, famous for its clarity, warmth, and wisdom.

NPR’s All Things Considered declared, “Laurie Berkner is like a goddess to these children. And there’s a reason. Laurie Berkner is like the coolest mom there ever was.” With Let’s Go!, the “cool mom” in Laurie helps kids step into the future without forgetting to love who they are in the here-and-now.

“A pandemic is a strange and challenging time to make and release a new album,” says Laurie Berkner. “What’s really important? What’s going to change completely by tomorrow? I didn’t expect a song about hand washing to end up on this album, or a song about wearing a mask, and I waited to release the title track until after we were no longer under strict stay-at-home orders because … well, where were we going to GO? Somehow, through the remote help of my amazing producer, Dave Darlington, my great bandmates, and my incredible Two Tomatoes team, I was able to finish Let’s Go! from my home and put it out into the world. I love the shape of this album, and I hope families will, too.”

The album’s title track bursts out the door with pent-up anticipation that just might ring a bell of recognition. “When It’s Cold” is an evocative production number that opens with a shiver and a sense of mystery as Latin rhythms murmur in the background, before breaking the ice to become a rocking action song loaded to the brim with personality. “I’m On Vacation,” with more than a hint of the sounds of the ‘60s, sings out with an enthusiastic good-times vibe. The Latin folk rhythms of “Happy New Year” are just the ticket to express the joy of saying adios to 2020.

Holding a special meaning for Laurie Berkner are two songs: “Listen To The Sounds” and “Beautiful Light.” Laurie, speaking of the former, says, “Quiet listening to what’s around me has always felt somewhat magical, but actually listening to my own heartbeat and breathing – my own life force – is something I only learned to truly love as an adult. I wrote this song hoping to open up the possibility for kids to feel that love for themselves.” Of “Beautiful Light,” she notes, “I wrote this song inspired by a friend who is so good at sharing the light inside of herself with the world. It made me realize that we all have the capacity to do that if we can see and acknowledge what we have. I love imagining young kids singing these words about themselves – and truly believing them.”

As one of the most popular children’s entertainers in the US, Laurie has filled numerous performance spaces nationwide with adoring fans. Prior to the COVID-19 pandemic, she maintained a busy touring schedule, both solo and with The Laurie Berkner Band, and has performed at Lincoln Center, Carnegie Hall, and the White House among many prestigious venues. She is currently presenting live streamed, virtual concerts.

Let’s Go! will be available at all major online outlets and at www.laurieberkner.com.