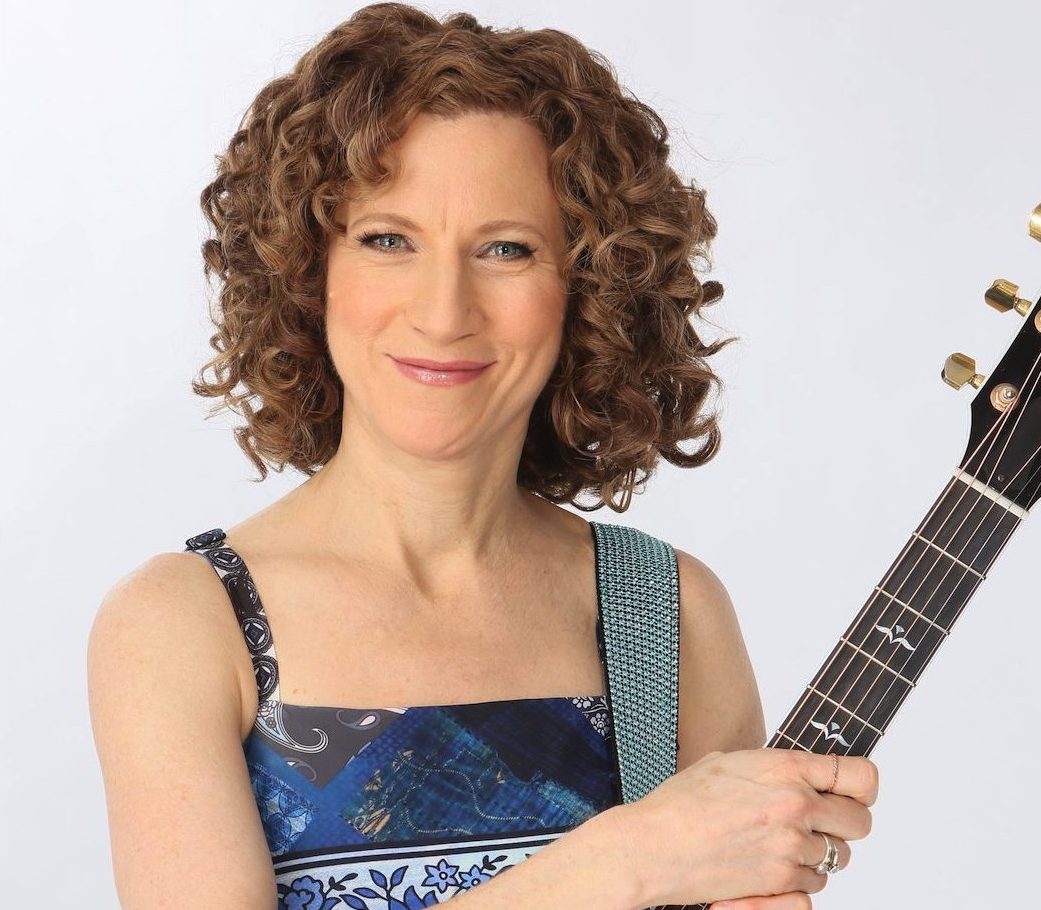 21 Jun Laurie Berkner’s Back With a Live, In-Person, Solo Concert

Laurie berkner’s back! Join laurie for her very first in-person, live, solo concert in more than a year.

Legendary children’s musician Laurie Berkner will perform her very first in-person, live, solo concert in more than a year when she returns for an encore performance at the 38th Annual New Jersey Lottery Festival of Ballooning.

The Princeton, NJ native was the Festival’s first-ever kids’ concert headliner in 2017 and has since provided a fun way for families to kick off their Festival experiences.

Laurie says, “I have been looking forward to performing again at this festival for so long. I can’t wait to see all the balloons, both in the air and on the ground. They are always spectacular! I feel so lucky to be invited to return to such an exciting venue, and I can’t think of a better place to start doing in-person shows again.”

A true pioneer in children’s music, providing a soundtrack to childhood and memories that last a lifetime, Laurie Berkner will bring such well-loved hits as “Bumblebee (Buzz Buzz),” “Victor Vito,” “We Are The Dinosaurs,” “Pig on Her Head,” and “Rocketship Run” to this performance. She’s also excited to offer songs from her new album, Let’s Go! Laurie will showcase many fan favorites, including an array of tunes that encourage kids and grownups alike to get up and dance. Kids should plan to bring their dancing shoes and a stuffed animal (for their heads).

At her solo shows, in addition to familiar hits, Laurie Berkner performs songs that don’t always fit with a full-band performance: tunes with simpler arrangements, hand motions, and a cappella singing, like “Bottle Caps,” “One Seed,” “Telephone,” and “Drive My Car.”

“Laurie creates an unforgettable experience for children to enjoy the music they love, performed live,” said Festival Executive Producer Howard Freeman. “Having a dedicated concert for children ages 2 to 8 and then filling the skies with giant, colorful hot air balloons, creates a day of lasting memories for everyone in the family. We’re thrilled to have her back with us.”

One of the most popular children’s entertainers in the U.S., Laurie Berkner has filled countless venues nationwide with adoring fans. With an average of more than 12 million monthly streams and millions of albums, songs, and DVDs sold, Laurie’s songs have become beloved classics for children worldwide. The first artist to ever appear in music videos on Nick Jr., Laurie Berkner was featured in nearly all the episodes of the channel’s Jack’s Big Music Show. Laurie recently created her own Audible Original Series titled Laurie Berkner’s Song and Story Kitchen and is currently in production on a second season. She has released fourteen bestselling, award-winning albums, including her most recent, Let’s Go! Laurie has authored a number of picture books based on her songs, the most recent of which were published by Simon & Schuster. She has also written the music and lyrics for three Off-Broadway children’s musicals produced by New York City Children’s Theater. Laurie has performed at Lincoln Center, Carnegie Hall, and the White House, among many other prestigious venues.

A limited number of $75 Super Premium tickets, including a Meet & Greet with Laurie Berkner, are available.

PLEASE NOTE: Children 1 and under may sit on a parent/guardian’s lap. Children 2 and older will need a ticket to sit in the reserved seating area. Reserved seating ticket prices are the same for adults and children.

Due to space restrictions, this concert does not include access to the VIP Blue Sky Club or VIP Parking.

For COVID-19 and social distancing policies and information, click HERE.