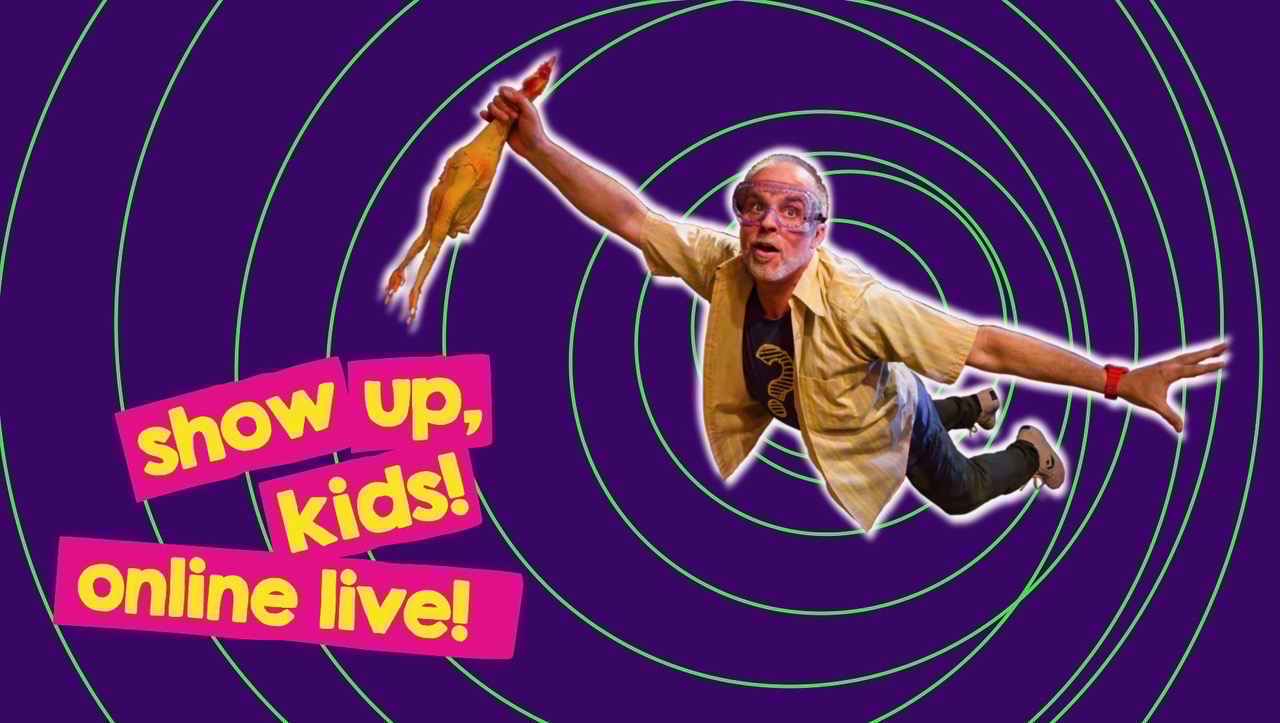 09 May Interactive Family Comedy “Show Up, Kids! Online LIVE!” Beams Into Your Computer Fridays & Saturdays in May

Posted at 09:14h in News, Virtual activities by NYLK 0 Comments

YOUR COMPUTER, PLANET EARTH – Peter Michael Marino continues the run of his wildly popular “Show Up, Kids! Online LIVE!” with interactive performances on Fridays and Saturdays from May 15-30 at 4:00 P.M. EST. Kids from all over the world will feel like they’re a part of this groundbreaking interactive live event as they hear their names, offer story suggestions, and are called on to help Pete put on a real live show. This interactive, semi-improvised, family show for kids 3-10 years old puts a wildly comedic twist on the traditional kids’ show. When the main attraction doesn’t show up, Pete enlists the help of the kids to help create a story by providing prompts and controlling everything from plot to props, characters to costumes, and settings to sound in a one-of-a-kind, 50-minute laughfest.

“Marino put on a fantastic performance which my children were talking about long after the show.” – Backstage on the Fringe

“Here, kids are actually part of the show. Pete definitely has a superpower!”- Kids News NYC

“A one-man whirling dervish of energy, comic timing, physical agility, and out and out hilarity!” – The Front Row Center

“Hilarious! Marino knows what kids find funny. A show of this caliber is an opportunity to show up for!” – The Wee Review

NOTE: All adults must be accompanied by a child unless pre-approved by Marino. Safety is our number one interest. Zoom links and passwords will be sent to only ticket buyers one hour before the show.

Peter Michael Marino is a New York City teacher, writer, performer, and producer. He is one of the first performers to bring his stage shows to the digital domain in a live, interactive, setting. Pete created the role of bad guy Joules Volter in the award winning, Off-Broadway, immersive family show, “Pip’s Island.”. His 2017-2018 improvised solo comedy “Show Up” received rave reviews everywhere from NYC to Orlando to Edinburgh. Pete’s internationally acclaimed solo comedy “Desperately Seeking the Exit” chronicled the unmaking of his West End musical flop “Desperately Seeking Susan” and received 5-star reviews at the Edinburgh Fringe and Adelaide Fringe, and a London transfer. Pete is the creator of SOLOCOM, which has launched over 600 world-premiere solo comedies at The People’s Improv Theater. More info at: www.petermmarino.com