ITNY repertory works will include Of Water and Ice, When Atoms Embrace, Take Five, as well as a new duet for Liz Yoshiko Schmidt and Danil Berdnikov by choreographer Lorna Brown, and more. ITNY will also give opportunities to guest artists and long-time performance apprentices Oona and Gage Brown.

These short Pop-Up concerts take place immediately after the ice resurfacing and are designed to inspire and delight the public waiting to skate the next session, while introducing them to the art of dancing on ice.

In the polar regions, a constant interplay takes place between H2O in its liquid and solid forms. Set to a DJ Spooky score, generated itself by the geometry of ice crystals and the math of climate change data, the dance explores what happens when this fragile balance of water and ice spins out of control. Choreography commissioned by Ice Theatre of New York® with the generous support of the New York State Council on the Arts.

When Atoms Embrace, an acclaimed solo choreographed and costumed by original John Curry Theatre of Skating member, Lorna Brown. Lorna is an artist with a deep interest and knowledge in science. The piece is set to Music by Arvo Pärt’s “Spiegel im Spiegel” and was inspired by a poem Lorna wrote herself: She comes to us in blue and lavender light which shines on us all to give mankind energy and love and to help and heal our planet. Lay me in a field of wildflowers, let the scent perfume the hours. When The Atoms embrace and time changes pace, I find my magical powers.

About the Artists
Armen Agaian joined Ice Theatre of New York® as an artist in 2018. He has been ice skating since 2002, developing into a five-time National Champion in his native country of Georgia, and participated in the Junior World Championships three times. He also participated in the 2013 Youth Olympic Games, the Junior Grand Prix (2012-2015) and the 2016 European Championships. When not performing, Armen works as a skating coach in New York.

Danil Berdnikov hails from the city of Samara, Russia, from which he competed as part of the junior national team as well as across his vast native land through high school. He then moved to Moscow both to continue his education and to join Stage Entertainment Russia to begin performing as a skater. Performing for an audience allowed Danil to fall in love with skating in a new way and his career has blossomed over eight years with Willy Bietak Productions and Wheeler Productions in the United States, Stageworks Worldwide Production in the UK and Holiday on Ice Productions and Dynamic Shows Entertainment in the EU. ITNY welcomes Danil as an artist, grateful to his parents, coaches, choreographers, and the fellow skaters who have supported him along the way.

Oona & Gage Brown have just been crowned World Junior Ice Dance Champions representing Team USA at the 2022 World Junior Figure Skating Championships in Tallinn, Estonia, after winning silver medals at the 2021 U.S. Junior National Ice Dance Championships. A sister and brother ice dance team from Long Island, NY, they have been skating together for six years in numerous international competitions; performing regularly with Ice Theatre of New York® all that time, while training with coaches Inese Bucevica and ITNY choreographer Joel Dear for over two years. They’ve recently worked with On Ice Perspectives at beautiful Bryant Park Ice Rink and received much love and recognition for the resulting video of their Metallica Free Dance, which has gone viral.

Sarah France joined the Ice Theatre of New York in 2018, bringing her passion for ice dancing and broad knowledge of skating skills and disciplines to the company. France has translated her skills to many different areas as an ensemble performer with ITNY, in addition to being a choreographer, edge class instructor, aerialist, inline skater, dancer and off ice instructor. Her dedication to skating and desire to share her love of the ice with others has made her a sought-after instructor and performer. She believes strongly in the ability of skating to transcend barriers, teach life lessons and give opportunities to all who wish to make their home on the ice. In addition to her work with ITNY, France’s skills have been highly valued in training developmental through internationally competitive skaters, working as a coach, choreographer and program director. She is a faculty member for Shattuck-St. Mary’s International Figure Skating Center of Excellence training camps and a welcomed guest coach in skating programs around the world. France has worked with competitive athletes representing over 40 different countries and facilitated the transition to professional careers for many young skaters. She takes particular interest in developing strong foundational skating skills, mentoring coaches, as well as teaching those who wish to further refine their mastery of skating technique. Her well-rounded education on the ice has allowed her to flexibly work in all disciplines of skating, as well as successfully lead instructional programs as a skating director. She is honored to be the Director of Outreach Programming for ITNY and looks forward to sharing the joy of dancing on ice with students around the greater NYC area through these efforts.

Valerie Levine has collaborated on ITNY events for the past two decades and has been roller-skating as well as dancing tap, jazz, and ballet since the age of four. She started training in figure skating at 11, going on to compete and test until graduating high school, when she turned down a Disney On Ice to pursue her Bachelor’s degree at the Fashion Institute of Technology (FIT). At 19, she earned her gold level in Senior Ladies Moves and pre-golds in ice dance before skating professionally. While earning her BS in Product Management Textiles from FIT, she minored in dance and trained at Broadway Dance Center in many dance styles, leading to an off-ice career as a professional belly dancer, ballroom dancer and samba dancer. She currently teaches and performs these styles worldwide, while managing her own entertainment company Valerina Dance, which can be followed at ValerieLevine.com or on Instagram @Valerielevine.

Elizabeth (Liz) Yoshiko Schmidt has been skating with ITNY since 2017. Luscious edges, artistic dynamic movement, and traditional ice dancing and fundamentals in figures inform her skating and professional career which began in 2013, at the age of 18, performing internationally in Germany, France, Austria, Egypt and across the United States. A Japanese/German American skater who hails from Chicago, IL, she recently moved from San Francisco, CA, to New York City. A U.S. Figure Skating double gold medalist in Freestyle and Moves in the Field, and a silver medalist in Ice Dancing, Liz received her BFA in painting from the San Francisco Art Institute in 2018, and has exhibited her paintings and art work across the Bay Area. Liz took Jazz Fusion dance class at the Alonzo King Lines Dance Center in San Francisco from Lynn Brilhante for 7 years. Her former skating coaches are: Lorna Brown, Beata Handra, Paul Spruell, Phillip DiGuglielmo, Louis Vachon, Audra Shindo-Chan, and most importantly Larry Holliday (African American 6x US Adult Nationals Campionship champion, former Ebony on Ice performer and her first coach).

Aaron Singletary grew up in Pennsylvania skating for the Penguin Figure Skating Club and started his national competitive career training with Craig Maurizi at the Ice House in Hackensack, NJ. Aaron earned gold in Moves in the Field as well as Freestyle. Aaron now coaches primarily at City Ice Pavilion in New York City. Over the years Aaron has had many internationally revered coaches. Each left a prominent mark on his approach to skating and singling one or two would be a disservice to the others. He aims to further his knowledge so that one day he too may be an internationally recognized performer and coach. The 2019 Home Season marked his debut with Ice Theatre of New York ®.

About Ice Theatre of New York®
Founded by Moira North, ITNY’s mission is to celebrate and advance dance on ice as a performance art. Through its performances in both traditional and site-specific venues, ITNY presents ice dance that helps to open one’s eyes to seeing skating in new and unexpected ways. ITNY was the very first ice dance company to receive dance program funding from the National Endowment for the Arts, the New York State Council on the Arts and the New York City Department of Cultural Affairs. icetheatre.org

ITNY is supported by the New York City Department of Cultural Affairs, in partnership with the City Council, and NYC Council Member Shaun Abreu and by Dance/NYC’S Coronavirus Dance Relief Fund.

MOIRA NORTH (Founder/Artistic Director)—Named one of the 25 Most Influential Names in Figure Skating by International Figure Skating Magazine, Moira has been a driving force in the development of figure skating as a performing art. Since founding ITNY in 1984, she has developed ITNY’s professional ice dance ensemble, has commissioned renowned dance choreographers to make new works for the company, has worked to integrate contemporary dance into ice dance, and has inspired the founding of dance companies on ice in other parts of the world. 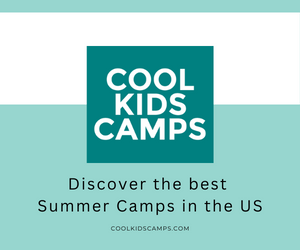